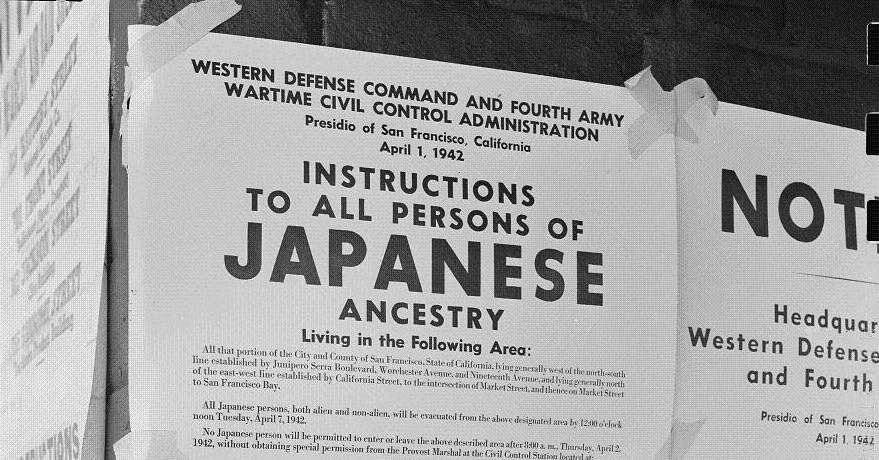 Two months after Pearl Harbor, President Roosevelt authorized Executive Order 9066. It adopted a drastic policy toward Japanese-American residents, alien and citizen alike. Virtually all of them were forced to abandon their homes and property and live in camps for most of the war. Although it was violating the constitutional rights of Japanese Americans, the government cited national security as justification. Heated by the flames of anti-Japanese suspicion and fear, an overwhelming percentage of Americans supported it.

Like many American baby boomers, I didn’t even hear about this atrocity until the Carter administration. It was never mentioned in my high school and college history classes. In the eighties I saw the documentary photographs that Dorothea Lange took of the camps that were suppressed for years, unlike the breathtaking vistas of the same area that Ansell Adams took. It made me wonder. Did any public figure oppose the Japanese internment? “Probably not,” I answered myself. It would’ve been equivalent to opposing NATO expansion in Eastern Europe today. Do all the research you want and you’ll never find a historical account in a mainstream American newspaper decrying the action.

Recently I became friends with my Japanese-American neighbor, Jamie Szoke. Her parents were living in the United States during World War II, yet they were not interred. “Why not?” I asked her. It turns out that somebody did oppose that policy, only to pay dearly for it. This short video interview with Jamie explains what happened.

5 thoughts on “Did Anyone Oppose Japanese Internment?”