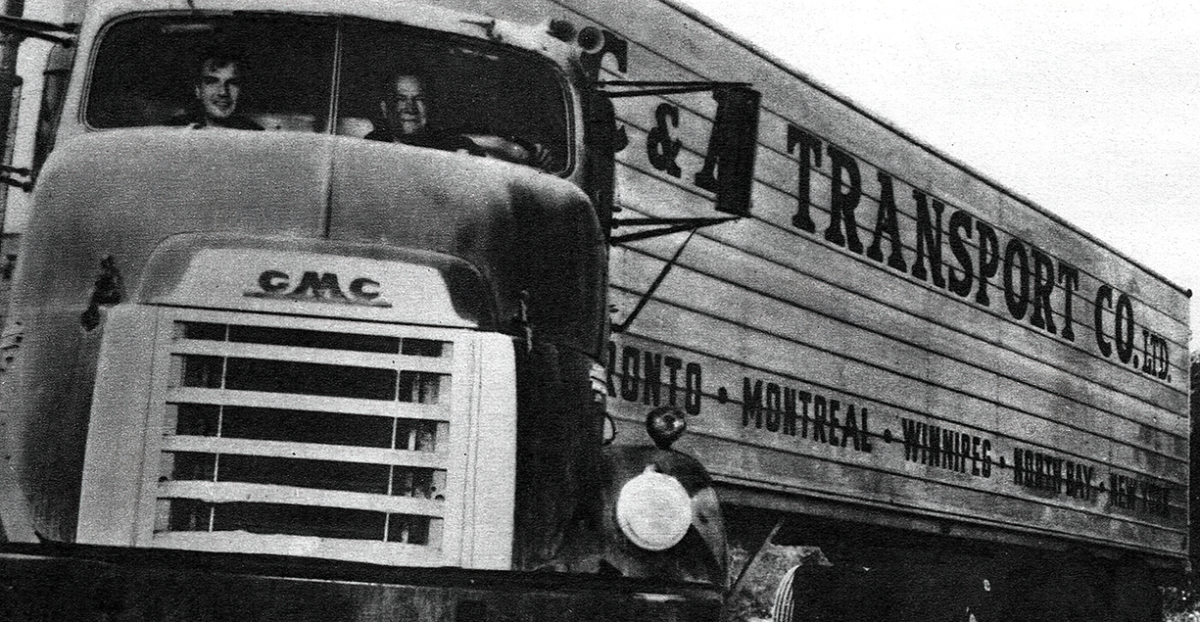 Unlike Mike and Jerry from the TV Series Cannonball (1958), I’ve never driven an eighteen-wheeler down a six-lane highway. But maybe this is what creating a work of art is like. You’re driving something that’s responding wonderfully to your touch. You’re negotiating each curve in character development, and there’re no plot obstacles ahead. The window’s open and the air’s whomping by fast. “Wait till they see this gem,” you think, as you clatter on the keys.

Everything’s going great, until you hit a bump in the road you thought was smooth. You’ve popped in axle! Your truck of creation stalls out. You’re not going anywhere. Daggone it. What next?

Okay, so what went wrong? Why can’t you go any further? What just happened? Unfortunately, you probably won’t find out right away. It’s not like you can just yank a nail out of creativity’s tire and it’s ready to go. When it stalls, you’ve got to pinpoint what’s wrong. And if you can’t? The writing field calls it “writer’s block,” but it doesn’t happen just to writers. That blank screen plague can afflict anyone. It can reveal itself as a blotchy spot on a painting, an awkward transition in a song, or an off-klilter “good enough” conclusion to a video.

Admit it. Maybe fixing it is beyond you, at least temporarily. When I first attempted darkroom work in the late seventies, my black and white pictures looked like shit. In those days, darkroom work was a snarling honey badger. Nice looking beast, but oh what a bite. Despite what today’s nostalgists claim, I’d rather revert to typing on my vintage Royal than mix & inhale chemicals. One side of my 8X10” print would come out too dark, another too light. Dust spots’d afflict my subjects’ faces like volcano ash. I stalled out because I didn’t have the technical chops to fix much of anything. “Such a fragile art!” I thought. “I look at it the wrong way it breaks.”

Eventually I followed Frank Zappa’s advice: “Go to the library and educate yourself if you’ve got any guts.”[1] I started hanging around pros and annoying them with questions. And did I feel guilty? Nope.

If you’re a writer and your dialogue clomps along through a scene, all herky-jerky like a marionette, find out how others have handled it. Read Ed McBain’s novels, even if you don’t like him. At a local writing group I attended, some writers had never heard of him. They submitted their crime fiction for peer editing without reading a single crime novel. “I watch cop shows,” said one. “That counts.”

Speaking of watching, try taking some online courses to pluck out your thorniest problems. Learn at your own pace. It can be more comfy than sitting in a hard-chaired classroom. Plus it’s free. I’m always patrolling the halls of YouTube and hooking up with Linked-In Learning on my library’s web site. Even if you don’t find answers right away, learning new stuff gets you in the mood.

Sometimes you pursue a creative idea even after it’s vanished into a thicket. It seems like promising prey, but when you come up with zilch, what do you do? Consider your execution? Or maybe the idea itself?

I recently filmed a music video of my wife Cheryl performing a line dance she’d choreographed to a CW tune. I filmed her in four different locations throughout Tampa Bay. I know, it’s not the most original idea, but neither is doing a dance video at all.

I shot the first scene at the dusty, noisy façade of a gravel vendor. In postproduction I “damaged” it with special effects, and that seemed to work. Then I thought, why not grunge up the audio segment too? Make it sound scratchy, like from a 78 RPM record? When that didn’t produce whopping results after a whole hour, did I quit? No way! I kept pounding away on it. I just couldn’t figure out what in blazes I was doing wrong. The music sounded convincingly scratchy, but the artistic effect on the video? Negligible. Negative even.

I took a week’s break and remembered what an editor had once told me when I handed in my first – and very callow – film review: “Don‘t just fix it. Rethink it.” Another few days went by and I realized that the audio effect didn’t fit with the video’s theme. It wasn’t about vintage music at all. Might’ve worked if it had been, but in this composition, scratchy music just came out as confusing.

I know they told you this in high school, but what’s your theme? And while you’re at it, what’s your tone? When I started writing The Greatest Hits of Junior High, my memoir about an adolescent enduring Catholicism, I thought it would be cute to relate amusing class incidents. But they came off flat and self-indulgent. Then I realized the character, my younger self, needed tone adjustment – more of an attitude, a solid point of view. Suddenly it peeked over a distant hill and waved at me: He would be a rebel-in-training, eventually realizing that the authority figures – school vice=superintendents, parents, mother superiors – weren’t always on his side.

Similarly, the first three sequences in my video did not relate that well to each other (except that Cheryl’s dancing occurs through them). I came up with my unifying theme: the day’s progression from light to darkness. The last segment would take place at night. The pivotal scene occurred at Little Harbor wharf. I watched a Youtube video to find out how to fake light changes.

Be wary of YouTube instructional videos, BTW. Although some are professionally done, many are amateurish. I had to watch three of them to find one that worked.

Make Friends with an Editor

Sometimes you can get ambushed by the wouldn’t-it-be-great-if demon. You’ll know because it feels like momentary possession. I filmed at the Dali Museum of St. Petersburg (FL) after dark, and when I tried to lighten the footage, grain reared its ugly visage. In video parlance it’s called “noise.” Video pundits are always reeling against it. “Amateurish. Sloppy,” they sputter. (Maybe they’re trying to make you feel bad so you give up.)

“Wouldn’t it be great if,” I thought, “I got rid of the noise?” After an hour-long search, I found a remedial video effect and loaded it. It worked like an incantation, impressively smoothing out the noise.

I did the right thing, huh? I mean, they sold the effect so you could get rid of noise. So noise must be bad, right?

Except… it didn’t work. The smoothed-out video looked blotchy, particularly when viewed on wide screen. It worked so well it smoothed out the detail in my wife’s face. I showed it to her.

She was right. There are video plugins that actually add noise. (How messed up is that?) I removed the effect. I kept most of the video dark, but inserted a spotlight effect that followed her as she danced. So what if it was grainy? Who’s going to measure it?

So don’t be afraid to Beta test your ideas on friends and relatives. They don’t have to actually read them, or watch them, or even look at them. Sometimes just explaining ideas to them on a boring car ride works.

A friend suggested I should plan a book cover for my memoir. I looked up some designs and settled on a scruffy poster look, the title in peeling block letters against a crumbling brick wall. An instructional video helped me construct a satisfying version. It was slick, it was modern and striking, and I loved it.

I set it aside for a month and came back to it. I hated it. It was pretentious and trendy. In the interim I’d seen others, too many, just like it. I found a well-preserved old photograph my father’d taken at my confirmation, complete with a fawning priest plunked next to me. It was provocative. It revealed one of the key themes in the book. And that was me in the picture. Nobody else has it. That will be part of my book cover.

Have you ever been seized by an idea when you got up at 2 AM? What did you do with it? Construct a mnemonic you’d remember in the morning? Stay awake trying to burn it into your brain? How’d those tricks work for ya?

Sometimes creativity can be a crafty creature, like a trapdoor spider. If you get away from that blank screen, it may pop up from hiding when you’re not looking. So sit in a comfy chair with a cold drink. Then start speaking into a data recorder, like one of these. (I know, you have a cell phone with a recording app. Try turning that on in the middle of the night.) Creativity will think that you’re just relaxing and not trying to work. Plus, the files this recorder produces are so good you can transcribe them with speech-to-text software, like Dragon’s Naturally Speaking.

Often a major stall can occur when you try to conclude your work. How do you get around that? Summarize the points you raised? Insert a final poignant anecdote? Make a wry observation? A recent award-winning animated feature concluded by circling back and revisiting its beginning, via a deft narrative arc. Could you do that?

Or should you just end it abruptly?

1 thought on “When Creativity Stalls”