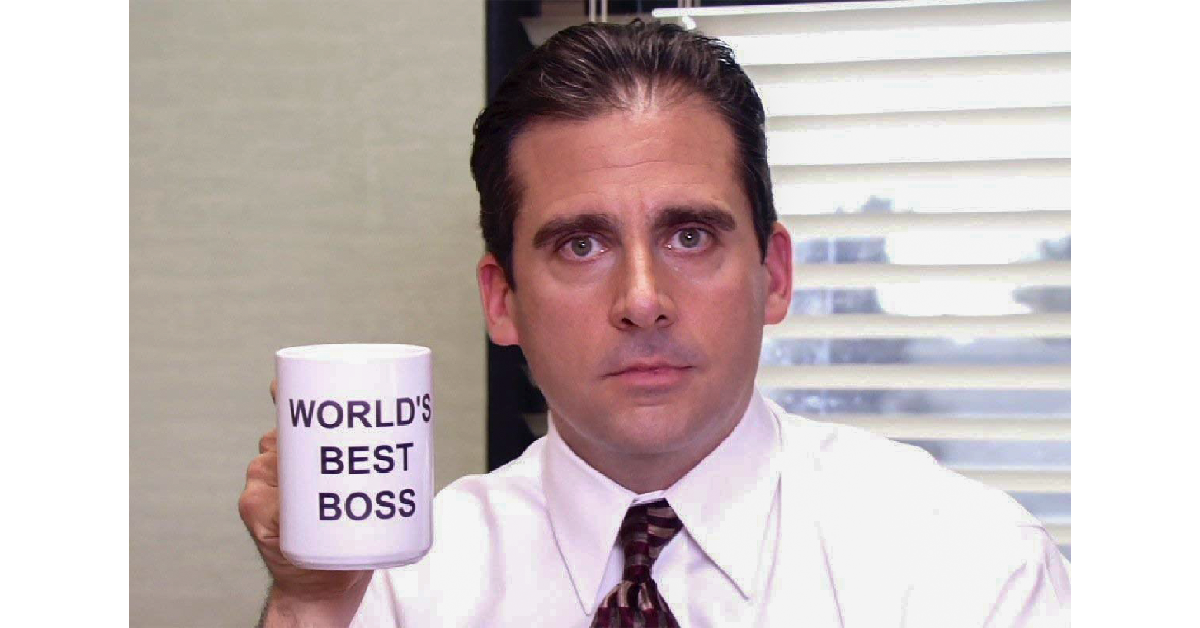 Why would anyone want to lay themselves off?

Here are some possible reasons:

So why don’t you just quit? In Johnny Paycheck’s words, tell your boss to “take this job and shove it.” Uh uh. Do not be tempted. Getting laid off is vastly superior to quitting. Even if you are the only one in your department who’s been laid off or, euphemistically, “let go,” it is the kindest and most remunerative way to go. In the end you’ll find it even more emotionally satisfying than quitting.

In Don’t Get Fired or Quit, Get Laid Off Instead, the “Financial Samurai” maintains that being laid off is far better than quitting. You’ll probably get the sympathy of your fellow workers who didn’t get laid off, since it seems like you’ve been the victim of that snarling demon of chance. If you quit in a huff, who knows what’s lurking in that unpredictable head of yours? You could be a quitter or a hothead, unreliable, naïve, foolish, or just plain impractical. But if you’re an unfortunate layoffee? People are more than willing to help you out. They may even buy you lunch.

Sounds good. Sign me up. How do I get myself laid off?

Find Out What the Layoffable Reasons Are

Yes, there are reasons. Unfortunately, nobody teaches you them in online business courses. It took me two layoffs to learn even some of them. The common wisdom is that layoffs are caused by periodic staff reductions. That’s like saying the rain is caused by water falling from the sky. There are reasons unique to each company as to why some people are laid off and others survive. Hint: It has little to do with competence.

But sometimes those left behind end up envying the laid off.

In my first job I was the junior marketing communications writer of BGS Systems, a now defunct small company. The senior writer suggested tasks I could perform to “stand out” in my job. One day she said I should interview the owner about the “new directions we’ve been taking.” Problems right off the bat. Every time I contacted him, he was always “too busy to talk.” The interview never occurred. I later found out that he was a Mormon and apparently saw my proposal as an effort to tempt him into the sin of pride, self-aggrandizement even. Why is this employee asking me this? To appear in a company-wide article with an accompanying photograph? The very idea.

I had no idea what I’d done until the marketing manager called me into her office a few days later. After closing the door, she said that I was being put on probation for three months, to “see if your performance improves.” Apparently there “had been complaints.” I took her seriously and worked extra hard those three months, producing the company’s first internal newsletter on the new Macintosh system. Ha! Fooled ya! Didn’t matter. The three-month evaluation was not a warning to shape up. It was to ship out. “We’ve provided you a box.” she said. “They’ll be someone waiting to escort you out.”

For my second layoff, I was the senior writer at Compuserve Data Technologies (also defunct). In addition to my writing projects, I’d decided to do something about the smoking problem in the building. Smokers were allowed to indulge in their closed offices, but once their doors opened, dense clouds of ammonia, cadmium, and hydrogen cyanide congested the halls. Nonsmokers constantly complained. I called in the local EPA and they produced a damning change-or-else report. Human resources was forced to institute smoking restrictions. Six months later there was a layoff and I was surprised to find myself on the list.

Before I left, I took my friend, the junior HR rep, out to lunch.

“Frankly Peter, you were more liability than asset. Nothing they could call you on, like slugging a supervisor. But you were 9.1 on the trouble scale.”

Because I was not fired for either of these layoffs, I collected full benefits: health insurance and unemployment benefits, and was given access to job boards. (The job boards were no help, but hey, their intentions were good.)

My next job was an easy one. It was relatively stress free, and my coworkers were nice. But one day they handed me a writing assignment for an encrypted security program called TACACS (Terminal Access Controller Access-Control System). Unlike my other assignments, it had been adapted for a government military project. George H. W. Bush’s Operation Desert Shield (1991) was expecting it.

“No way,” I said to myself in my comfortable office. “They never said I’d be doing military work.” I first tried handing the project off to someone else. No takers. Then they handed me another military application to document. “That’s it,” I said “I’m outta here.”

But I didn’t tell them. I just sat on the military projects and dutifully worked on my other ones. I got along with everyone. I made quips in the hallways. I was seen as an all-around nice guy. My slogging tactic became a running joke at group meetings.

“So Peter, what’s the status on the TACACS project?”

A few months later, the war was over and there was a staff reduction. I was on the list. As I was cleaning out my office, my manager entered.

“So Peter, what’s the status on the TACACS project?” He walked out of my office laughing.

I laughed too. My layoff engineering had worked. I had slacked off on that that project only, and shined in my other work. But that had been enough. I was eligible to collect.

I grabbed the next job a little too quickly. It was a longer commute than I was used to and my manager had a type A personality that grated me like medium fine sandpaper. But the building was attractively modern and most people were friendly and helpful. FTP Software (defunct as well) was run by a triumvirate of owners: a garrulous ex-programmer with zero social skills, a shy finance woman tasked to damage-control him, and a “brilliant innovator,” an authority who had a ready solution to any problem imaginable. The company had been called, by those smarter than me, “a typical toxic work environment.”

After my first month, my manager knocked on my cubicle framework.

“Can you come this way?” she said. “I have something to show you.”

We stopped at one of the developer’s offices. There was a mattress on the floor. Others had them too.

“We’re a communications company, but the decision was made to branch into the promising field of computer games. I’m afraid it’s going to mean longer hours for you people. Not all the time, but . . . now and then. Please get one of these for your office, pass me the receipt and I will invoice it.”

That did it. I had to get laid off. But how? I agonized over this on the ninety-minute train ride home.

The next day I stumbled into a companywide 9 AM meeting about twenty minutes late. They were asking employees for ideas about video games. My brainstorm involved three ogres terrorizing a village from their castle on a mountaintop. Nobody caught my thinly-veiled slam.

But they did notice I was late for the meeting. My manager called me into her office later.

“Please close the door behind you,” she said. “You may not know this, but meetings are very important around here. Ignore them at your peril.”

That was my signal. I ignored them. I habitually arrived late for meetings. I even missed some. But never several in a row. I sensed the importance of missing only about a third of them. I wasn’t trying to be a total fuck up, only to be seen as marginally incompetent. I was making an earnest effort. When questioned about my behavior, I always said things like I was working hard to get a product out the door, or I didn’t want to miss a deadline. I was extremely cheerful at all times and smiled a lot, almost too much in retrospect.

Soon I was given the three-month shape-up warning that had worked so perfectly for BGS Systems seven years ago. “We won’t get fooled again,” I played through the tape deck of my head. I ignored it and concentrated on contacts for future freelancing work.

I never did buy that air mattress.

Find out What Really Irks Them

The final time I laid myself off occurred at my last job. It didn’t take long for them to start asking me to work weekends. I always found excuses. So they tried another tactic. “Sorry, can you work late again tonight?”

Clearly, I had to do something to terminate this situation. But it had to be subtle, something that sort of, well, infuriated them.

At this highly technical company, I noticed that support staff like writers, editors, QA technicians, even office administrators were expected to work out their own computer problems. Technicians were too busy to help you. So I decided to become a pest. I would ask senior programmers and project managers for occasional help. How do I log into this machine? What’s a Network Services Orchestrator (NSO)? Why doesn’t this script you gave me work? Oh, sorry, forgot that part.

In very little time I was out the door. Ironically, I had only one month left until I’d planned to retire anyway. They ended up funding my first year with a generous stint of unemployment.

I should be honest with you. Engineering your own layoff does require a bit of guile. But not as much as you’d think. You also have to be slightly good at concealing it. But you do that every day, don’t you? How many times have you smiled while saying hello to a boss you despised?

It’s not illegal to strategically slack off. I’ve never heard of anybody getting called on it. By law they have to give you unemployment if they lay you off. They reserve firings for egregious offenses like physical violence, grand theft, and sexual harassment. It has to be easily provable in a court of law, a time sink that they scamper widely around to avoid. It is no mystery why more employees get laid off than fired these days.

There is a famous Laurel and Hardy exchange in the movie The Flying Deuces (1939). Imprisoned in a French Foreign Legion jail, they squeeze through a tunnel Hardy has discovered. Crawling on hands and knees, Hardy explains they are making their escape. Laurel turns around and asks, “Well, are we allowed to do that?”

If you’ve been crawling on hands and knees through the dank tunnel of a dead-end oppressive job, you know it’s pointless to ask this question. But I will answer it anyway. You are definitely allowed to squeeze through your jail toward the light of freedom.

9 thoughts on “How to Lay Yourself Off”