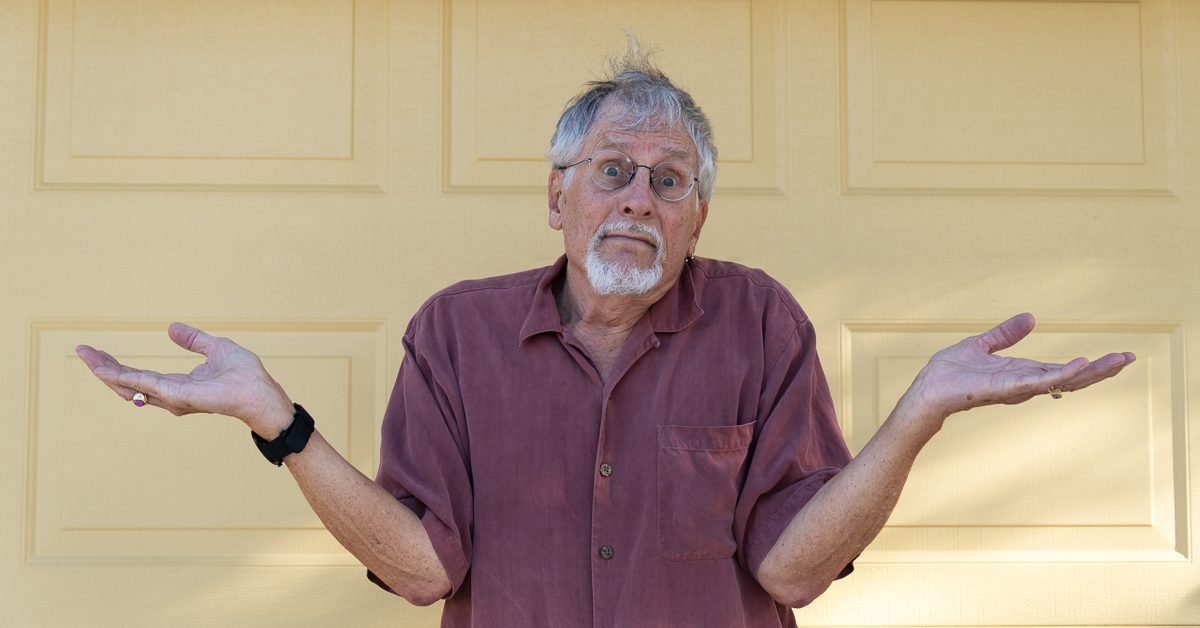 Time for a full confession. I am a gadgetophile. I surround myself with devices – both analog and digital. Gadgets, all of them. But I prefer to call them “life enhancers.” Why? I’ll get to that.

My first gadget was a dismal failure. I sent away for it when I was eleven. It was called “the Trail Kit” and it was the size of one of those white plastic cigar tubes. It featured a miniature sundial, a flashlight, a blade, a pen, and a nail file. I remember being sooo disappointed by its puniness and cheap red plastic. It looked much more imposing in the comic book ad. Never once did I use it to file my nails while lost in the woods. I would’ve returned it, had I known how.

My fascination grew by high school. I collected instant cameras, record players, mechanical pencils, and triple pens, which had three colored ink cartridges. One mechanical pencil even had a circular knob that you could roll over a flat surface and measure it. (I never used it, but it was neat to show off.) At my first job in the seventies, I bought an early pocket calculator and a digital watch. Both displayed bright red LEDs with terrible battery life. The Sony Walkman arrived soon afterwards and I couldn’t believe the sound fidelity. I spent much of my life hooked up to one.

When personal computers came out, I snagged one, complete with a “letter-quality printer.” The setup was outrageously expensive, $7,000 today according to the inflation calculator. Over the years my collection grew ridiculously huge. Now, not only do I get a new computer every few years, but I outfit it with accessories like pen tablets, trackballs, audio devices, even a voltage backup system called a UPS (uninterruptible power supply).

My friends shake their heads and smile as I display each new helpful tool. My wife often makes fun of me, but in a good-natured way of course. They all think I am slightly obsessed and that could very well be true. 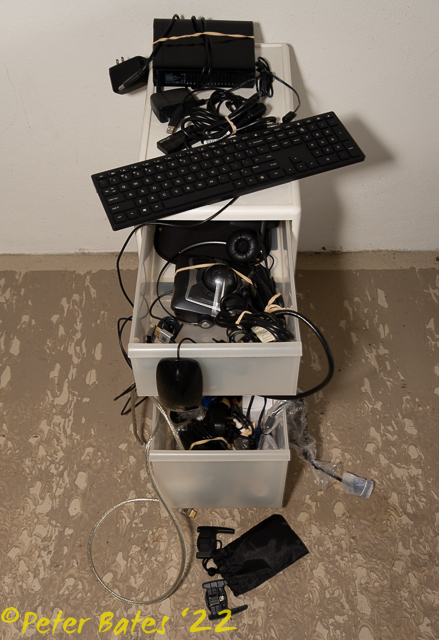 But recently a digital gadget saved my ass.

My wife Cheryl and I had been using the outdoor pool area at our fitness center and were gathering up our things.

“Look around,” Cheryl said. “They must be here somewhere.”

“Could’ve fallen out of my robe.”

“Don’t panic. They’re probably under a chair or something.”

But they weren’t, as we realized after ten minutes of searching. Then we did panic but not because we couldn’t get home. That was trivial. The reason was $400. That’s the replacement fee of our “keyless entry remote,” previously known as a car key. We’d just ventured into the dark side of modern gadgets.

We had to find that remote or else.

So where could they have gone? Under a chair? Nope. In the pool? Nope. Cheryl thought it was possible someone’d seen it on their chair and had taken it home by mistake. She even came up with a likely suspect. Great.

Suddenly I remembered I’d attached key finders to both of our keychains. A key finder is a 1.5″ square Bluetooth device that you can access from a cell phone. It’s programmed to send you a reassuring signal that says, “Here I am!”1

We got out the cell phone and loaded the app. For a while it played capriciously with us, saying the key was “within 400 feet” and that we were close, but no, now we weren’t, we were going in the wrong direction. Oops, the signal’s lost … oh hey! There it is again. We were told to “keep moving around.” It was like the old children’s game: “Getting warmer, no, now you’re getting colder.”

Examining its location map, I saw the light. “The keychain’s not out here, it’s somewhere in the building.”

“How could that be?” Cheryl said. “We haven’t been in there yet.” 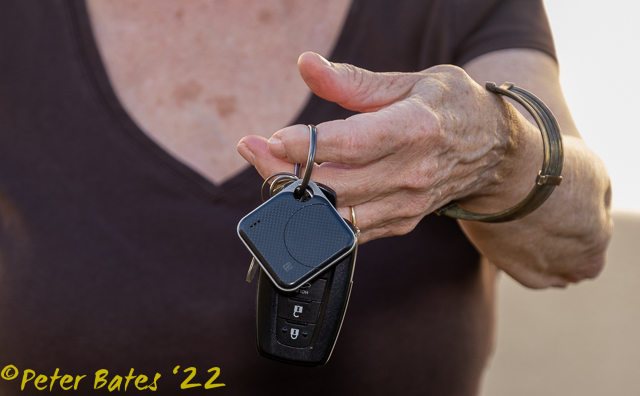 Still, we followed the signal into the spa and it pointed us toward… the ladies room! She entered and found them in a basket. Obviously, the finder thought a woman had dropped them and would just spy them there while toweling off. Someday. Despite lost-and-found desks, people don’t know how to deal with keys they’ve located. Many years ago I lost a keychain at a train station. It was tagged with my name and phone number. A month later it turned up a half-mile away, thumbtacked to the bulletin board of the Greek Orthodox church! A churchgoer must have dropped the keys, somebody thought, and would find them there. No need to call the phone number on the keys. That would involve talking to someone.

The good part of this stressful incident? Our family dynamic has recently shifted.

[1] I’m not including the company name, because this is not a review but an anecdote. No free promotion allowed. If you’re interested, the Google will find them for you.