It’s not often that a wondrously bizarre story drops into your lap. 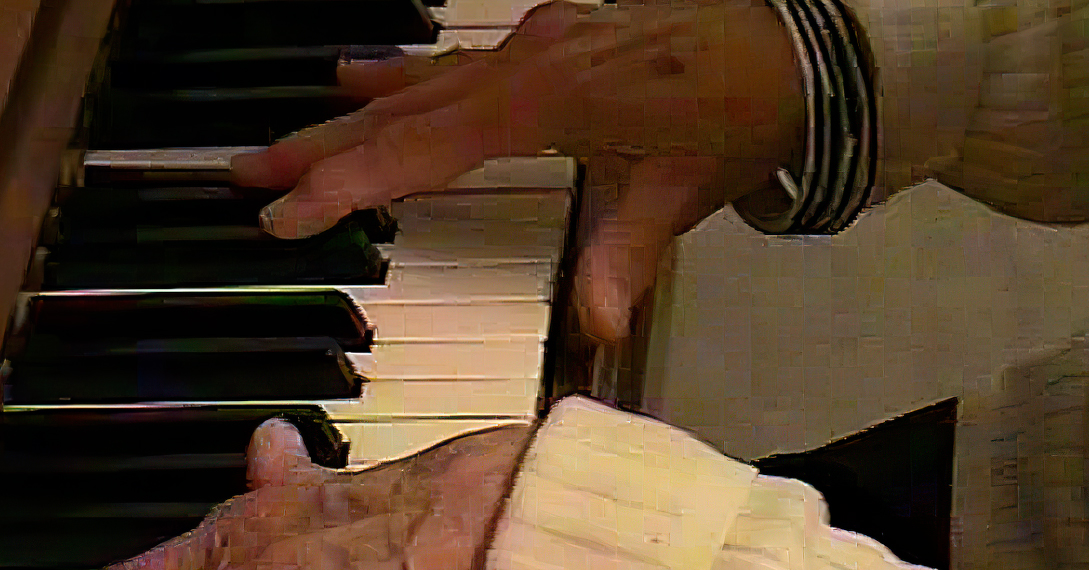 But when it does, I believe it must get told, and as soon as possible. Have you ever heard of News of the Weird, that syndicated email column begun in the late 80s? It supplies digests of outlandish stories that happened the previous week, like a woman canceling her marriage to a ghost because it “kept disappearing.” Well, this is one of those stories. And it happened to me.

On 9/29/2013 at 4:08 PM, while visiting mother-in-law Sylvia Levin (now deceased) in Marion, Illinois, I filmed her playing Bach on the piano. She was performing a hearty interpretation of his French Suite No. 2 in C Minor, BWV 813: I. Allemande.

I know, it’s a terrible recording. I created it with a Nikon 5400 portable camera, which was awful for video back then. Plus, I didn’t have a tripod, the lighting was bad, excuses, excuses, blah blah. If I were being kind to my past self, I’d label my effort “modest.”

But that’s not why I’m showing it to you.

Seven years ago I uploaded it to my YouTube account, just to show family members. Then I forgot about it. Recently, while viewing my video listings, I found out that Youtube had flagged it for “copyright claim” in the Restrictions column. I clicked on the pop-up window and here’s what displayed.

Note the “Content used” column that I circled in red. It reads “I. Allemande Glenn Gould.” How impressive their bot was able to identify the Bach composition (although it didn’t say which Allemande).

But – and this is a big but – the bot is convinced that it wasn’t my mother-in-law playing it, but rather the famous pianist Glenn Gould (1932-1982)! The Sony Classical recording, no less! Here’s a video of Glenn Gould playing the same piece.

See the similarity? Well, I don’t. Not really. Yet it was close enough for Mr. Bot. My wife Cheryl says, “My mother sometimes listened to Glenn Gould, but she had her own style.” But Youtube saw enough similarity to rush to the launching pad and fire a missile of opprobrium. Their restriction doesn’t mean that people can’t play this piece from my YouTube account; it just means we can’t “monetize” it.

These bots are getting far too efficient for me. They’re able to scan each video that anyone uploads and flag miscreants like Sylvia Levin. We had hoped to reap the rewards of monetizing this recording, make people pay through the snout to hear it, but the bot has foiled our plans.

I admit I have a weakness for pressing bureaucratic buttons. Sometimes I can’t help myself. So I filed a claim and explained who the real performer was in this shameful, copyright-violating video.

There is no response yet, but I’ll keep you posted.