Sometimes the writing of a piece for a client can involve a need for photography, particularly a portrait of the client. It gives the article a human face. If you are also a photographer, it’s a good idea to arrange a shooting session. You needn’t have a studio; in most cases, the client’s office more than suffices. If you don’t know how to take pictures, adult education classes are cheap, fast, and effective ways to learn. We can get into the details of photography techniques in a later posting, for it is a vast topic. This posting describes one approach I took when something went wrong. Horribly wrong.

My client works in the financial services field and wanted me to get an article published about the mutual fund scandal of 2003.

From Good to Awful

After signing a contract, we sat down and I interviewed him with my trusty data recorder. I also brought my equally trusty camera and flash (with a spare in the car in case of malfunction). I took the following shot: 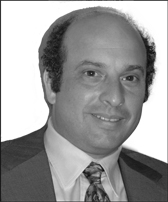 Not too bad. These days I would have balanced the lighting better so that I wouldn’t have had to Photoshop out the shadow. The client liked the picture, so we submitted it to the Milton Times. The next week, were we ever surprised to discover what the small-time newspaper had done to our photo: 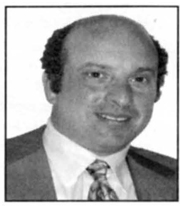 Actually, it was more of a matter of my client finding out first. He called me the instant it came out and — well, he was not happy. “One of my important clients called me,” he said, barely containing his rage, “and asked me if I’d put on weight! What on earth did you do to this picture?”

I knew exactly what had happened. The photo editor of the Milton Times had decided the picture wasn’t wide enough and had stretched it to fit into the requisite column width. It didn’t even occur to him or her to proportionally widen the picture so that the bottom part increased as well. It was good enough for them. They needed to get a paper out. No time for Photoshop lessons. Or to call me and request a larger picture.

After a long conversation with the client, I calmed him down– somewhat. I told him that in a matter of days, the article, with its distorted unflattering picture, will be forgotten by the average reader. They may or may not absorb its content. What we needed to do was concentrate on what to do next. I needed to create a tearsheet from the Milton Times Web version of the article for my client. He would then print it out and distribute it to current and prospective clients. It would be no trouble on my part to insert a properly formatted version picture. This I did. The damage control apparently worked, for when I proposed a more ambitious undertaking to my client a month later, he took me up on it.

This time I spelled it out in the contract. “Unlike a brochure or pamphlet, your publication in a trade magazine may not have the layout or design you prefer. The magazine editor may even make mistakes with your piece. These and other similar situations are unfortunately out of our control.”